How have you lived your life? Insights for us all. 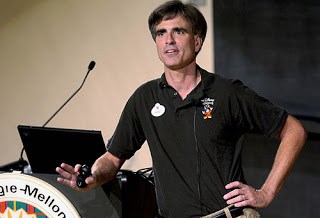 I wanted to pass along two videos I came across recently that I think would be of benefit to all the folks in the ever-shifting blogsophere. They’re both from Randy Pausch from Carnegie Mellon.

Well, he’s actually on a leave of absence from Carnegie Mellon and has moved to Chesapeake, Virginia, with his family.

Anyway, there are two talks he gave this past fall. Devout members of the blogosphere have likely seen one or both of them, or at least heard about them.

One is called “The Last Lecture” which is a Carnegie Mellon lecture series: if you had one last lecture to give… In his case, it is nearly his last lecture as he is dying from pancreatic cancer. It’s an awesome lecture about living life and succeeding at goals.

The second lecture is one that he evidently gave somewhat frequently, but gave again at UVA (where he was a professor before going to Pittsburgh) in November.

Both of these are worth the time to watch.

For those who would like more information about Randy and his life and work, there’s plenty on the web. Here are a couple of sites.