More to this story than the headline 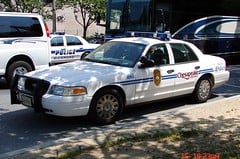 Chesapeake, Virginia Police
Originally uploaded by niteowl7710. I’m disappointed that we’ll probably not hear about all the good stuff that is the backstory to this case: Called-up reservist who lost job sues Chesapeake. There’s the possibility of dirty laundry on both sides of this one; the suit might be a disguise for Pandora’s Box.

A former police lieutenant sued the city of Chesapeake on Friday, alleging he was denied the right to re-employment after returning from service in the Coast Guard.

Don’t dig too deep, ’cause it’ll get smelly, quick.